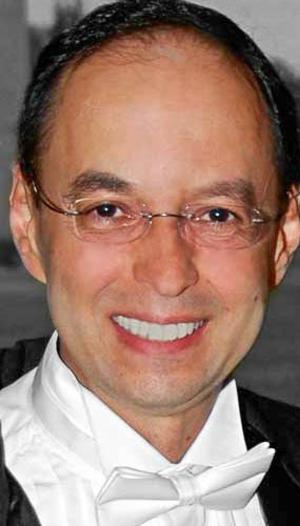 Dr. Gomes holds a Doctorate of Musical Arts degree in conducting from the University of Houston where he studied with Dr. Charles Hausmann, and a Master of Music degree from Boston University where he received the Departmental Honor Award for outstanding achievement under the tutelage of Dr. Ann Howard Jones, David Hoose, Craig Smith and Joseph Flummerfelt.

Dr. Gomes was born in Brazil, and has conducted in his country as well as in Italy and the United States. In 1992, he received a second prize on the Premio Vicenzo Valenti conducting the orchestra and choir Josquino Salépico in Molffetta City, Italy. As a performer, Dr. Gomes advocates for a cappella choral music and choral/orchestral works, and his research interests focus on Brazilian colonial music.